The following article will appear in the January 2012 issue of inDaegu:

While vegetarianism is certainly not the be-all and end-all of green living, it’s a great place to start, and it’s a great way to prove to yourself that you have the fortitude to choose compassion over habit on a regular basis. When I went vegetarian – two and a half years ago, after five years of intermittent trying and failing – I had no inkling of the self-confidence that I would build up by taking three or more concrete stands for my ideals every day. That confidence has led me to paths and places I never could have imagined, and has opened up many unforeseeable opportunities on the way. I’m not sure where or who I’d be had I not made the leap.

I’d recommend that everybody at least give vegetarianism a fair shot, and, actually, Korea is a wonderful place to do it. Once I gave up Kalbi anad Samgyeopsal, I was forced to seek out other options, for which I’ve been handsomely rewarded. I enjoy Korean food far more than I used to, and get a much wider variety of foods in my diet. So, whether you’re interested in going vegetarian, keeping it up, or just plain gaining a little more control over what you’re served, don’t let the language barrier prevent you from doing so. By memorizing a few words – most of which you probably already know – and learning to incorporate them into certain phrases, you should be able to wrangle a vegetarian meal out of just about any situation.

I am a vegetarian.
저는 채식주의자예요.

This one may not get you very far, since there are various kinds of vegetarians, and everyone has different concepts of what counts as “meat.” The more specific you can be, the better, so it’s best to know the following words:

Which you can then insert into such sentences as:

Is there anything that doesn’t have meat in it?
고기류가 안 들어 가는 요리가 있어요?

If you get a little testy, you might want to say:

If some well-meaning servers, unable to give you a discount, suggests that you just go ahead and order the meat, since the price is the same regardless, you can say:

Please give me extra veggies in place of the meat.
고기를 뺀 만큼 야채를 더 주세요.

To keep it classy and avoid propagating the impression that vegetarians are jerks, it never hurts to show a little gratitude:

Thanks for your understanding.
이해해 주셔서 감사합니다.

If memorizing all this is too much of a chore, consider downloading printing out the following pictures, which contain slightly compacted versions of all the above phrases.  Both are the size of a standard 10k won note^^

Go forth and conquer!

*Language Note  Many Korean grammatical particles have two forms: one that starts with a consonant and is attached to words ending in vowels, and one that starts with a vowel and is attached to words ending in consonants. The six basic Korean vowels are ㅗ,ㅓ,ㅏ,ㅣ,ㅡ, and ㅜ.  Thus, for example, 돼지고기 ends in a vowel so it becomes 돼지고기가 if it’s the subject and 돼지고기를 if it’s the object. On the other hand, 해물 ends in a consonant, so its subject form is 해물이, while its object form is 해물을.  If you're not a hardcore grammarian, you can leave the particles off all together.  You might even sound more natural that way.

**Thanks to 진선아 for help with checking for accuracy (and attitude!) 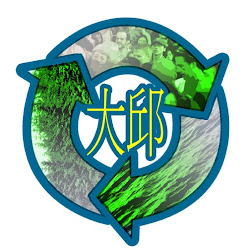 Noksaek Sari is a resource for Daegu-ites looking to live more eco-consciously. Use links above to see our fixed pages, or search via label below.

What we know about...